Last Autumn semester, I had a chance to go to the Netherlands as an exchange student. I lived and studied in Breda, a city in the southern part of the Netherlands for five months. As a big part of the study program that I chose at Avans University of Applied Sciences was designed for distance learning and  the schedule is quite loose, I had a lot of free time for exploring the city and traveling. 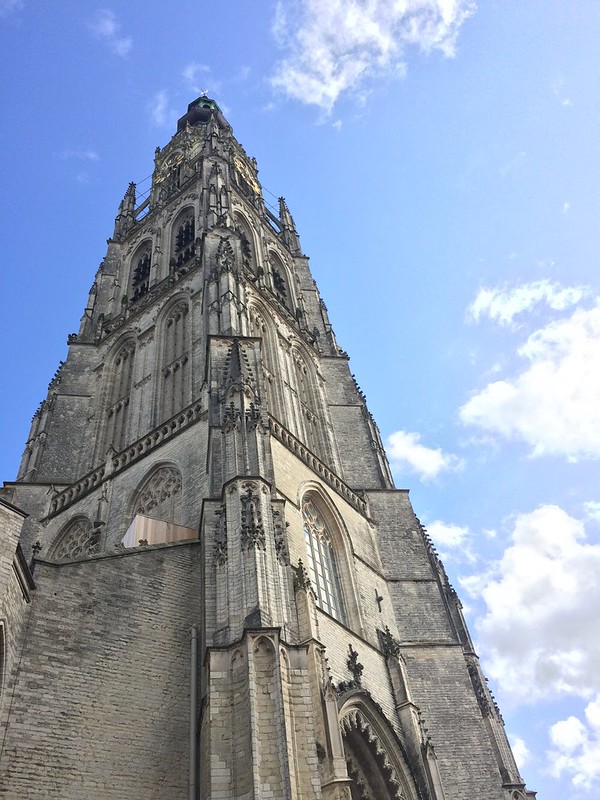 Breda is a peaceful city surrounded by river, yet it is always social due to students from two universities. In the weekend, I enjoyed walking on the main street, did some shopping then had lunch at either a cosy lunch place or a snack bar.  One distinctive feature that I love in Breda was that it was very easy to find a lovely coffee shop where you can have a drink or a light meal. 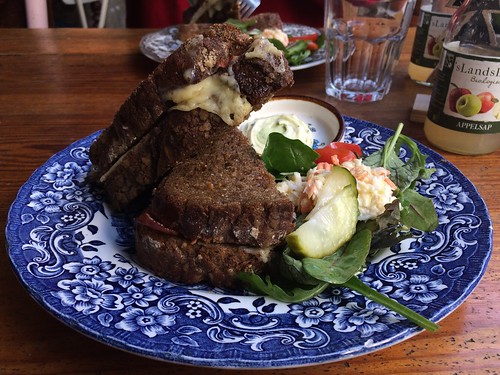 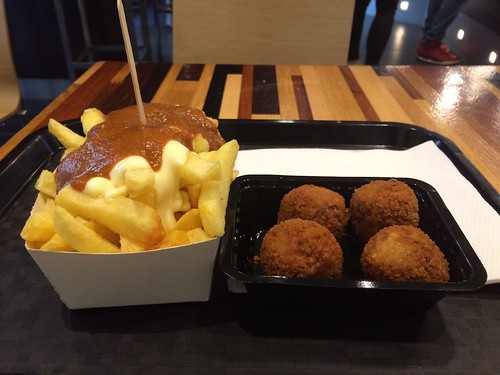 Fries with meat fritesaus and bitterballen at a snack bar

Because Breda was located near the Netherlands – Belgium border, it was convenient to travel to Belgium. From Breda, you can make a day trip to Baarle-Nassau and Baarle-Hertog,  where the border is just a single line run through houses. Antwerp, Belgium is only  a half hour away by train and by the same direct intercity train you will arrive at Brussels after one more hour. There are also other cities such as Ghent and Bruges that are the most famous destinations in Belgium. I visited them all when I had a few days off and it was worth it. Regarding to destination in the Netherlands, Amsterdam – the capital – the canal city is a must. There are also many attractions in this lively city such as the canals, Rijk Museum, Anne Frank House. 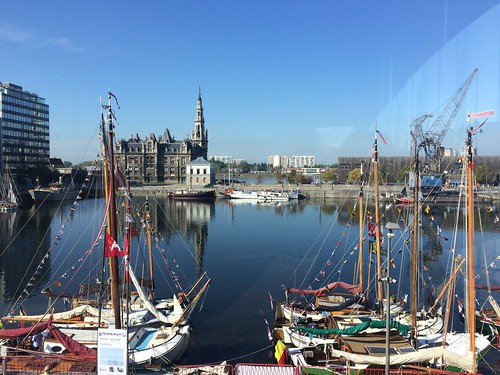 Back to study topic, because all of the subjects were designed for distance learning so I did not have to go to school everyday. I could attend classes from home through an online platform. This was a new learning method that I have not experienced in TAMK. I felt more comfortable by attending class this way. However, as an exchange student, this caused a communication problem for me. Because I did not have to go to school, I did not usually meet people so it was hard to socialize with other students. Although the class schedule were quite comfortable, I still needed to devote a lot of time for studying. There were assignments every week and a project that sometimes had several reports due in the same day. The grading system were quite different from Finland’s. It was very hard to get 9 or 10  out of 10. There were some subjects that was impossible to get a 10. However, it might depend on the subject or the teacher, so just tried your best. 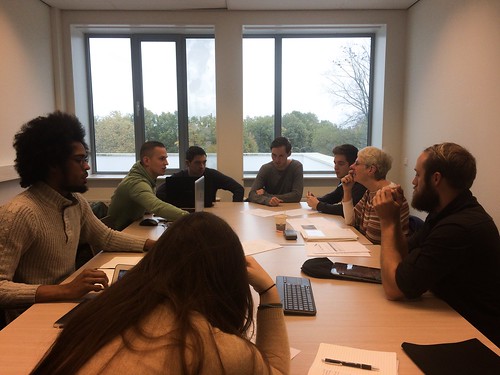 A meeting with client of a project

During my exchange semester, I learnt a lot about Dutch culture and also environmental related subjects. I really missed the days and the food after leaving this city. It is always nice to experience something new. So go on an exchange program in the Netherlands, why not?